One of the most experienced and established 1920s & 30s Great Gatsby musical acts in the UK, The Casablanca Steps are four individually talented musicians and entertainers, totally unequalled in their field.  Their unique sound and authentic three-part vocal harmonies, combined with a quintessentially English visual element of serious “tongue-in-cheek”  humour, recreate the authentic musical ambience of the 1920s & 30s, when “The Charleston” was all the rage, and the “swells”  were “Putting on the Ritz”.

Not only have they performed internationally on some of the world’s finest cruise ships, at the most luxurious hotels and at such diverse locations as New York, Taiwan, Dubai and Paris, they have also appeared on over 40 TV shows worldwide, including Ireland’s famous “Late Late Show”!  Many celebrities and members of the Royal family have also been known to enjoy the odd evening’s entertainment with The Casablanca Steps – in particular Prince Philip, during their show for him at St. James’s Palace.

Their performances at Henley Festival with The Beach Boys, Jamie Cullum, Madness and Paloma Faith were just another thrilling chapter in the career of the masters of vintage monocolism.

Guaranteed to be the entertainment highlight of any occasion, their ability to break down the arts barriers with their outstanding mad cap visual performance, combined with compelling music makes their show an exceptional experience for all ages.

Indulge in an evening with Wooten, Clarke, Archie and Pico – four great performers who really know how to entertain. 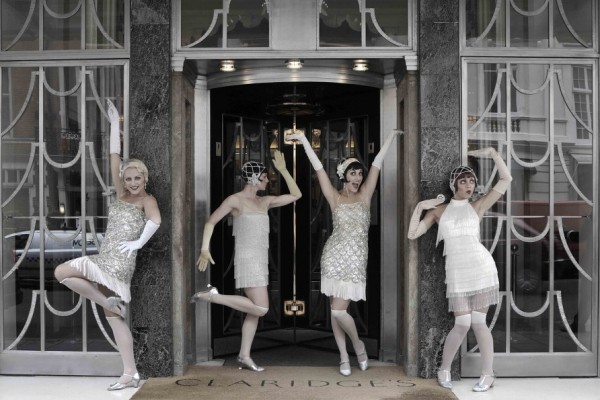 While performing at a recent event, we happened upon some rather naughty, flirtatious flapper girls, who showed great interest in ‘doing something’ with The Casablanca Steps. Now this was not an offer to be taken light-heartedly. So, being the most respectful, clean living and charming purveyors of 1920s and 30s music that we are,  and proud of our resolute resistance to the allure of devilish temptresses, we unanimously decided  – after seconds of deliberating –  that we could not possibly deprive our adoring public of such a display of sizzling energy and irresistible beauty. Therefore, we are proud to announce that these young ladies can now be hired as an extra special addition to our show.  They can be hired as two flappers ( exquisitely entertaining ) or as many as 6 flappers ( not for the faint hearted ).

About a year ago from The Casablanca Steps's Twitter

@LisaShepherd68 @greatyorkshow @BBCLookNorth Yes we are missing performing there this year to our loyal band ofYorkshire followers. Always a great show. Hopefully next year. 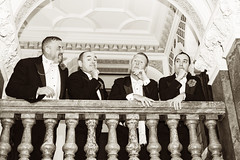 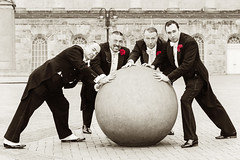 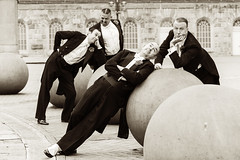 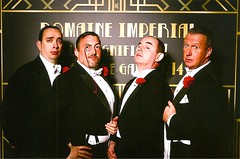 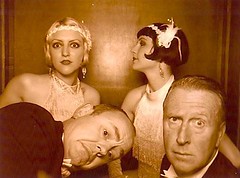